Chat with us, powered by LiveChat
ActivStructure Login | ActivVault Login |

Arno heads up the fiduciary division at Lighthouse and he is a director at PGPS Attorneys.

Specialising in estate planning, income tax, company and commercial law, e-commerce and trust law, he obtained a B Com, majoring in economics and law from The University of Natal, Pietermaritzburg in 1991. He completed his LLB degree in 1993 before leaving for the UK, where he was employed by Herbert Smith, London office, as an in-house financial analyst.

Upon Arno’s return to South Africa in 1996, he joined the firm Shepstone & Wylie Tomlinsons, and was admitted as an attorney the following year, taking up a position in the firm’s trust, estates and tax department. In 1999 he obtained his LLM degree in tax from the University of Natal, Durban. In 2001 Arno was made a director of the firm, which later changed its name to Tomlinson Mnguni James. In 2020 he continued his career by establishing PGPS firm with his colleagues. 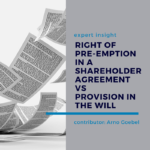 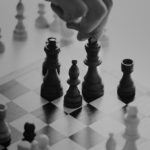 SECTION 7C AND ITS EFFECT ON TRUSTS

InArno Goebel, Expert Insight
We use cookies on our website to give you the most relevant experience by remembering your preferences and repeat visits. By clicking “Accept All”, you consent to the use of ALL the cookies.
Cookie SettingsAccept All
Manage consent